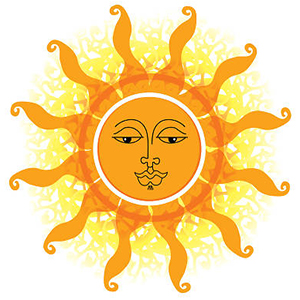 Traditionally, the new-year celebrations in April bring about festivities and celebrations for both the Sinhala and Hindu communities in Sri Lanka. As it was in 2020, social activities including celebrating the new-year was on a subdued scale due to the persistent COVID-19 pandemic situation. In this light, a new-year programme in a
COVID protective but culturally enriching matter was carried out within the Faculty of Medicine, under the auspices of the Cultural Centre of the University of Ruhuna.
Guidance was sought and received from the Vice Chancellor of the University and the Dean of the Faculty of  Medicine. There were reasons which prompted the faculty to organize this event. In the COVID pandemic situation, the students and staff continue to encounter higher psychological stresses and it was felt that a joyous social activity, which brought about an air of News Archive, University of Ruhuna Libraries – 2020

celebration could contribute to lessening of the life stresses. In addition, of importance was the fact that a new batch of students had just entered the faculty, three weeks earlier. The avurudu celebrations was considered an ideal moment for them to interact with others and build confidence, in the process becoming more comfortable with the
social life of the faculty. Importantly, the vision of the University Cultural Centre’s is to develop ongoing cultural hubs in the faculties. This event was considered a potential starting point which could expand into regular humanities related activities.
The programme was conducted on 7 th April 2021 at the Faculty auditorium from 2 pm to 4 pm. It consisted of two intertwining segments. In one, Sangeetha Visharada Sampath Kottawa, who works as advisor on cultural activities to the Southern Province Ministry of Cultural Affairs, who was the resource person for the event, discussed the background of various traditions of the Sinhala- Hindu New Year. The discussion, conducted as a dialogue which helped both the student and staff communities to further their knowledge and understanding about ‘why’ we do ‘what’ we do as new year rituals and traditions. In between the questions, each of the six batches performed an
entertainment item on stage, related to the new year. There were new year related songs and dances performed by groups representing each batch. An item was provided by even the newest entrants from the 43 rd batch who had been in the faculty for less than one month. To improve harmonious relationships between students and staff,
separate items were performed by the academic and nonacademic staff members too.
As per the suggestion of the Vice Chancellor, the event was streamed live for students and staff of other faculties also to join in. With the assistance of the Faculty COVID steering committee, the entire event was thoughtfully planned out with COVID preventive measures being in operation. At the conclusion, the participants and the performers were invited for a celebratory avurudu tea table, with traditional sweetmeats on offer. Feedback from both performers
as well as those in the audience was positive and encouraging. It is hoped that the initial aspirations when planning the event were met as expected and that this would be a tradition that will continue.